Join Lyn Kidder on a visual journey down memory lane of days-past Ruidoso.  Kidder published with Arcadia Publishing another Images of America book on Ruidoso using the photos of 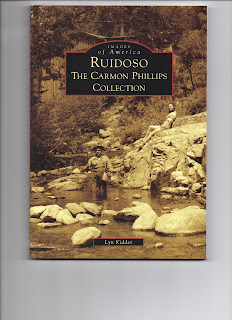 the owner of the old Dowlin Mill
and long-time photographer in Ruidoso.

Photographer Carmon Phillips and his wife Leona Mae moved to Ruidoso in 1945. Her family owned a cabin there and the young couple had visited as often as their wartime-issued gas coupons would allow.They leased the old adobe mill, which was practically a ruin, and went to work restoring it. They built a small building on a adjoining lot, a building that served as a gift shop, photo processing lab and their home until 1951, when the shop was moved to the mill.

An enthusiastic promoter, Phillips photographed nearly every aspect of Ruidoso life during the 1950s and 1960s. His collection of more than 6,000 negatives was donated to the Hubbard Museum of the American West by his daughter, Delana Clements.

"Carmon was interested in so many things, and he worked so hard to document the life of Ruidoso. Even if you don't know the people in the photos, they make a charming portrait of early Ruidoso."


Lyn Kidder and her husband, Frederic Moras, left Pennsylvania in 1989 heading west.
They spent seven years traveling and working (and skiing!) in Arizona, Colorado, Idaho,
Alaska and Wyoming.
Lyn began writing with Frederic contributing the photography.
In 1997, the couple landed and stayed in Ruidoso .
Lyn has been published in Alaska Magazine, Alaska Geographic,
Ceramics Monthly, Wyoming Farmer-Stockman,
Medical Laboratory Observer, New Mexico Magazine
and New Mexico Business Journal.
She had poetry published in Verbalize, a medium of the students of
liberal arts at a small Wyoming college.
While living in Barrow, Alaska, (300 miles north of the Arctic Circle,
right next door to Santa Claus) she wrote Barrow, Alaska from A to Z, the only guidebook to that northernmost community, and Tacos on the Tundra,
the story of the world's northernmost Mexican restaurant and
the crazy woman who started it all., Fran Tate.

Refreshments after the presentation.

Posted by Sharon @ the library at 1:31 PM No comments:

This is two-part workshop so it is necessary to come both days
Jeannie Adams teaches drawing: emphasis on line & composition

Beginners are welcome, you do not need to be a proficient artist

Bring your art supplies, if you have any, such as your 4B pencils & sketch pad

Supplies will be provided otherwise

Come and have FUN!

Space must be reserved with Pearl Tippin at 575-354-7021 or pearlofcapitan@gmail.com

Classes held in the library at: 101 E. 2nd Street, Capitan 575-354-3035
These art workshops come to the library courtesy of a grant provided by
Otero County Electric Cooperative, Inc.

Posted by Sharon @ the library at 1:45 PM No comments: 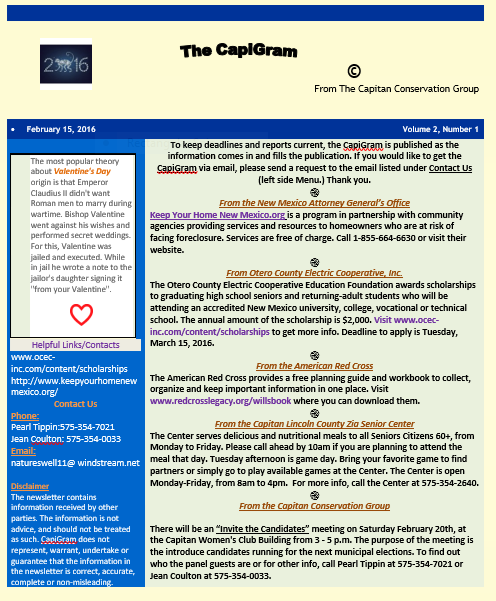 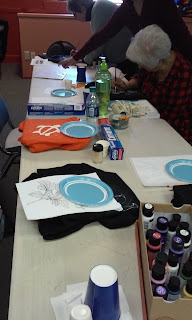 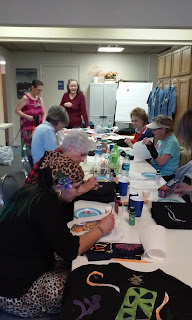 Creativity thrived at the art workshop at the library provided by a grant from the Otero County Electric Coop.  Don't miss the next art workshop on March 4 & 5 with Jeannie Adams teaching drawing, featuring line & composition in two 3-hour workshops from 1:30 to 4:30 each day.

Contact Pearl Tippin for more info at 575-354-7021 or pearlofcapitan@gmail.com

These art workshops come to the library courtesy of a grant provided by Otero County Electric Cooperative, Inc.

CALL & SIGN UP TODAY!
Fabric Painting -- Learn how to paint a design onto a tee shirt (to be provided) or bring your own cotton garment. You don't have to know how to draw or paint, as transfers can be used or you can use your own design. Kathy Causey is teaching the class.  All supplies provided.
Part 1 FRIDAY, FEBRUARY 12, from 2 – 4 pm
Part 2 SATURDAY, FEBRUARY 13, from 2 - 4 pm

Be sure to sign up to attend this 4-hour workshop for adults in 2 parts at the Capitan Public Library courtesy of a grant provided by Otero County Electric Cooperative, Inc. 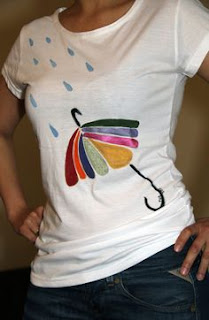 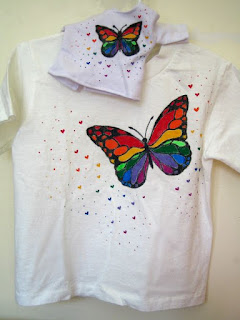 Posted by Sharon @ the library at 9:00 AM No comments:

Sweets for your sweetheart

All you need is Love (and See's)

Posted by Sharon @ the library at 8:23 AM No comments:

The Bataan Memorial Death March is an annual commemoration of the Bataan Death March attended by many of the survivors of the march, along with thousands of supporters from around the world, held at White Sands Missile Range, New Mexico. Held annually since 1990, this is a full marathon, with a 15 mi (24 km) run for those who do not wish to run the full course, covering paved road and sandy trails. It is regarded by Marathon Guide as one of the top 30 marathons in the U.S. The memorial march is a tribute to the 1,800 Bataan prisoners who were from New Mexico. After the men were liberated in 1945, only 900 returned to the state. A third of those died from disease, drink, or suicide within a few years. 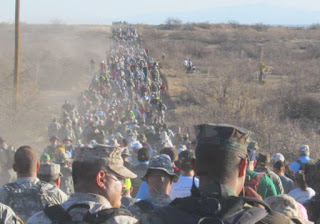 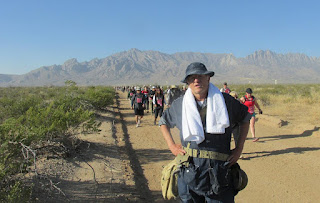 Mike Bilbo and his wife Barbara live in a house located on the site of Ft. Stanton, and he is active in living history with the Fort Stanton Garrison organization. He has completed the 26.2-mile Bataan Memorial Death March at White Sands Missile Range numerous times, including in the 1858 woolen Army uniform he wore to the museum presentation.


Join us for an informative and interesting evening.
Refreshments will follow the presentation.
Posted by Sharon @ the library at 8:00 AM No comments:

at the Capitan Public Library on
Monday, February 15
Monday, March 14
10:00 - 4:00
You must have an appointment.  Please come in or call 575-354-3035 to make an appointment.  Bring all important papers including your last tax return, W2 forms, 1099 forms, interest forms, etc.  If you have not had your taxes done by AARP before, you will need your social security card.
Posted by Sharon @ the library at 8:00 AM No comments:

Do you have a story to tell?  Whether you are a hopeful writer, beginning writer, experienced writer with a story to tell, a novelist, poet, journalist, children's advocate -- join us at the Capitan Library Writer's Group meeting at Capitan Library on Monday, February 8, from 10 am to 12 noon and share, support, guidance and friendship.

We have folks coming from all over the county with varied interests and levels of writing expertise. Our purpose is to provide each other with encouragement, motivation, suggestions and anything that will help us GET THE STORY TOLD!  If you have ever wanted to jump into the adventure of writing, come join us!

The Capitan Writer's Group provides a springboard into storytelling accomplishment. For further information, please contact Pearl Tippin at pearlofcapitan@gmial.com or Linda Rodriguez at zozochef@gmail.com or 575-648-2407.