Tired of tripping over that never used exercise equipment? 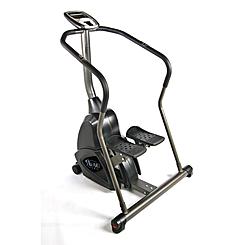 If you know of any one who would like to DONATE exercise equipment -  The Ruidoso Downs Senior Center is looking to enhance their non-existent exercise area. 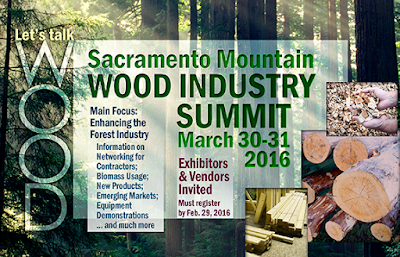 Posted by Sharon @ the library at 8:00 AM No comments:

Were you one of the attendees for the library art workshop on singing provided by a grant from Otero Electric and Pearl Tippin?  Then you love to sing!   If you love to sing and also like the idea of bringing joy to the community, hurry on down to ENMU-Ruidoso and register for the Community Choir. 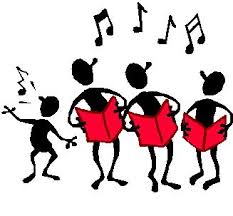 Melba Valdez is the Director and those who attended the concert in December.....was it not great?
The audience was packed. WOW!!!!!

Let your musical talents shine and bring joy to youself and our community!  Bring a buddy and sing together......Pass this on and let your voices be heard outside of your showers.
Posted by Sharon @ the library at 2:30 PM No comments:

Meet some of your municipal candidates

Creative Aging Advisory Committee-ENMU-R will be hosting several of the municipal candidates that are running in the upcoming elections.  Friday, January 22, 2016 at ENMU-R, room 115.  We will be starting at 9:00 a.m.  The following candidates have responded and will be attending.

Creative Aging was formed to help understand and try to find solutions to problems that the senior population experiences in Lincoln County.   In forming this group we have also become aware that many of the solutions will also benefit the non senior population.

Hope that you will be able to make it to this meeting!
Posted by Sharon @ the library at 5:30 PM No comments:

Recycle your Holiday Cards at the library 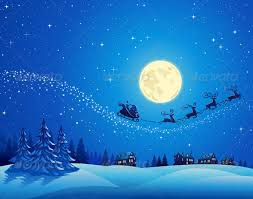 In the library, a collection box is set up to collect used Christmas and holiday cards.  After a large amount is collected, the cards will be sent to St. Jude's in Boulder, N.V.  Only the front of the card will be used by them to create new cards.
Guidelines for donated cards:

You may cut the cards yourself, or Debbie Myers said she has a team that will cut off the back that has the greeting message and signatures.

Recycling for a good cause!

The Bataan Death March - it was one of the many chapters of WWII and particularly remembered in New Mexico,
because, as many  New Mexicans know,
the 200th Coast Artillery -
the New Mexico National Guard -
had been posted to Bataan, to bolster the force of many
other American and Filipino units there.

New Mexico remembers in a unique way -
the annual Bataan Memorial Death March.
It's a formal marathon of 26.2 miles, that occurs at
and hosted by White Sands Missile Range on
March 20th, 2016.
More info at: http://bataanmarch.com/

For more information call Capitan Public Library at 575-354-3035.
The library is located at 101 E. 2nd Street, Capitan, NM.
(Apologies to attendees at the library volunteer meeting on Jan 13, where you were told the first Friday event would be something different -- Sharon)

Posted by Sharon @ the library at 8:44 AM No comments:


Creative Aging Advisory Committee to Lincoln County's next meeting is set for Friday, January 22  at 9am at ENMU. Refreshment will be served. Call Clara Farah for further information at 575.973.7835 or clrfarah@gmail.com.
Posted by Sharon @ the library at 12:30 PM No comments:

Please find below jpgs of the Lincoln National Forest Forest Plan Revision Form.  Here is your chance to make suggestions of changes you see are needed in our forest.

IMPORTANT: Only one suggestion in one area of interest per form.  Use multiple forms if you have several suggestions.

Thank you for your interest and concern for the betterment of the Lincoln National Forest.  It is YOUR forest. 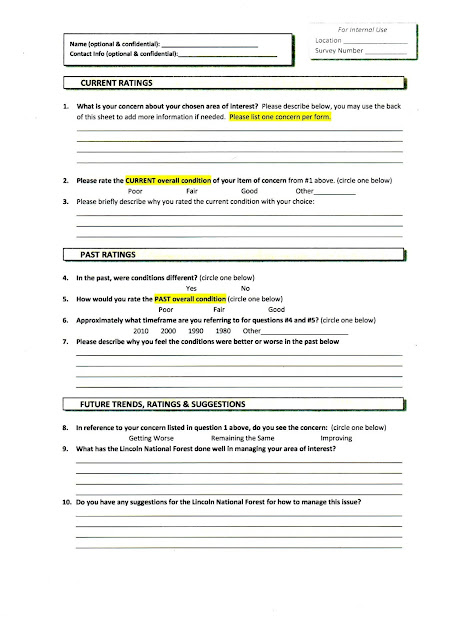 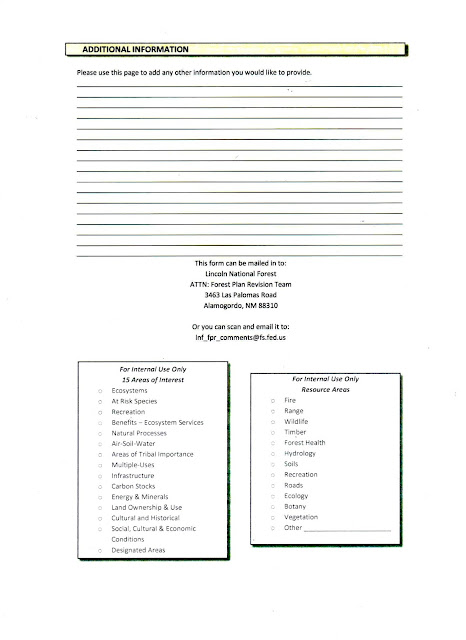 Posted by Sharon @ the library at 8:03 AM No comments: