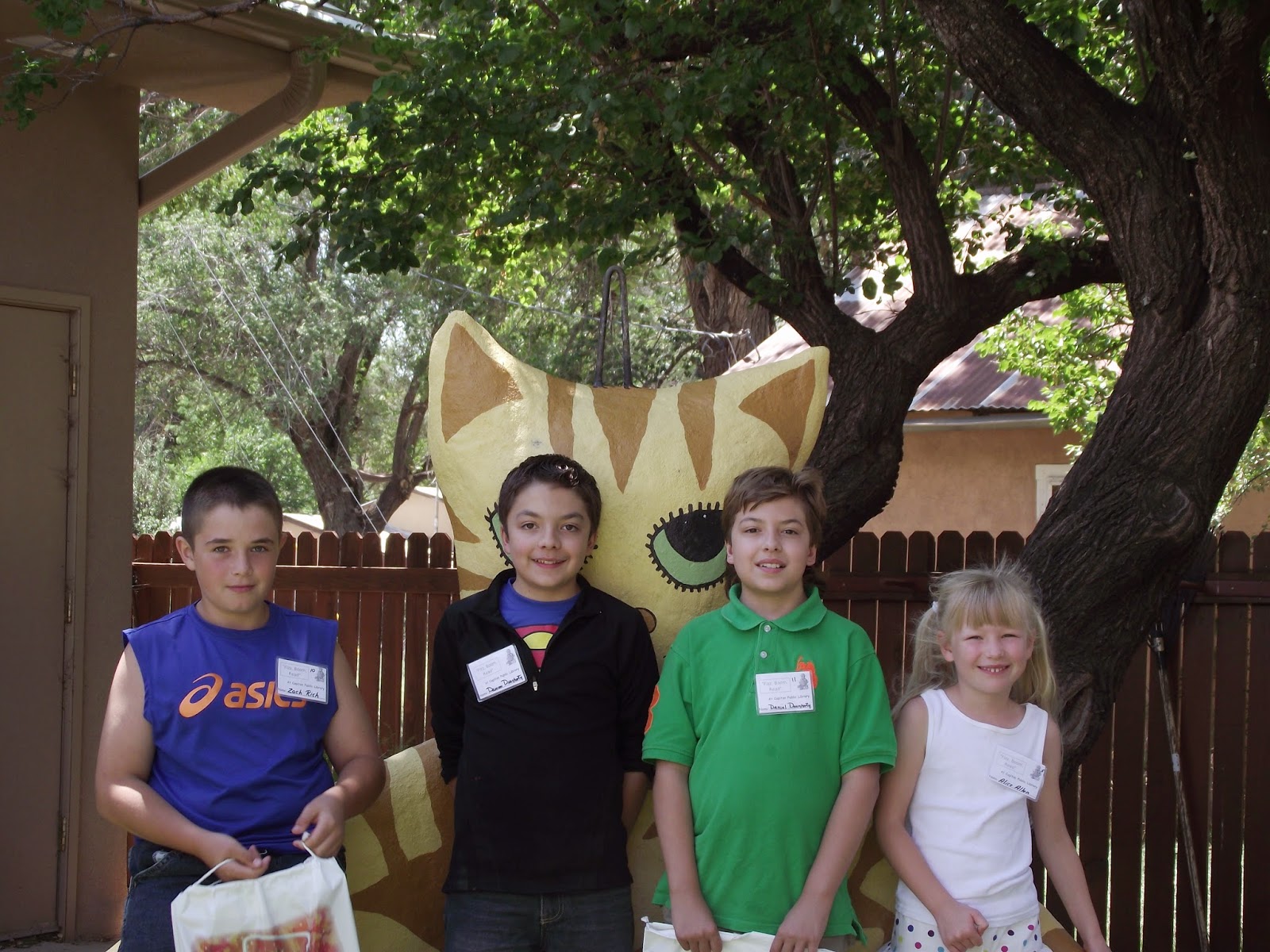 The library's summer reading program is over but what fun the kids had reading and learning through the summer.  Cindy Foglesong brought a gallon a freshly milked goat milk and proceeded to show the children how to make cheese.   She also talked to children and parents about the different kinds of goats and explained the life cycle of goats.

The program served 40 children this summer meeting on Mondays in June through July 21.  Rink Somersby from the Asombro Institute in Las Cruces brought her trunk of fossils and educated the children on how to recognize fossils and entertained them with hunks of dinosaur poop. Other presenters told stories, sang songs and made sugar candy with the kids.

The final program ended with hot digs, chips, drinks and cookers.  Thanks to  Debbie Myers for coordinating a super program for the summer, and to several dedicated parents.

Ackerman was born in 1933 and experienced a difficult early life after being abandoned by his father at age fourteen, which left him and his mother struggling to support themselves.  In 1950, his life took a new direction when he took an illegal solo flight in a Piper J-3 Cub.  He knew from the moment he first touched the controls that becoming a pilot would be his only goal.

After some disappointing setbacks and a miraculous survival from a horrific crash, he established a career in aviation.  For 63 years he flew famous celebrities and world leaders in over a hundred different types of airplanes and helicopters.

After retiring, he spent a rewarding five years as an Angel Flight Pilot.  These pilots fly disadvantaged patients to health care facilities free of charge.  Ackerman is still an active pilot at the age of 81, making him a new member of the UFO (United Flying Octogenerians).  The UFO is an international, non-profit organization with over 1500 members worldwide. 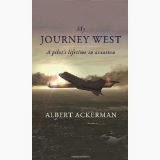 My Journey West: A pilot's lifetime in aviation

AMAZON SYNOPSIS: High-flying hijinks. Death-defying close calls. Rubbing elbows with rock and roll bands, politicians, and glitzy celebrities. Albert Ackerman has whittled down the most funny, sad, and downright scary tales into My Journey West. Ackerman went from his first flying lessons in high school and his eighty-seven-dollar-a-month air force job to becoming a flight instructor, a commercial airplane captain, and a charter pilot to the rich and famous. He got to know Bill Lear, creator of the Learjet, and Chuck Yeager, the pilot who broke the sound barrier. He flew Conway Twitty, Steppenwolf, and even Frank Sinatra, whose plane came complete with a piano bar and well-stocked liquor cabinet. He even got a close look at President Lyndon Johnson. His flying days were also punctuated by brushes with death, including a crash over the Caribbean. My Journey West is sure to please both aviation buffs and readers who prefer to keep their feet firmly on the ground.

Posted by Sharon @ the library at 3:23 PM No comments:

4th of July @ the library was a success!

Thank you to the public and the library volunteers for supporting the library at our 4th of July bake, book and hot dog sale.  Wonderful weather made for an enjoyable day to see the parade and eat lots of good food. 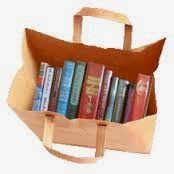 Posted by Sharon @ the library at 3:28 PM No comments: