Learn more about Immunizations at the Ruidoso Community Center on Wednesday, Feb 25 @ 11am

Walgreens Pharmacy Manager Sheri Schramm and Store Manager David Bustamante will be doing a presentation here at the Ruidoso Community Center.  The presentation will be to discuss some facts about immunizations and need-to-know information on today's vaccines.

The presentation is on Wednesday February 25, 2015 at 11:00am.  Please try to attend this presentation to get the most up-to-date information on immunizations. 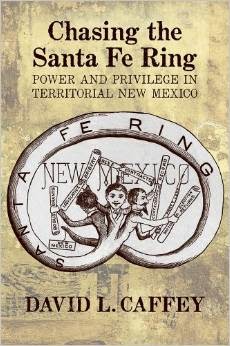 David L. Caffey is the author of Chasing the Santa Fe Ring: Power and Privilege in Territorial New Mexico, a ground­breaking study of the noted political and business combination that dominated New Mexico during much of the last half of the nineteenth century. Published by the University of New Mexico Press, the book is a recipient of the 2014 Southwest Book Award presented by the Border Regional Library Association.

A native of West Texas, Caffey has spent the last thirty­-three years in New Mexico as a college and university administrator and a writer and researcher specializing in regional history and culture. He is the author of five books, including Land of Enchantment, Land of Conflict: New Mexico in English ­Language Fiction and Frank Springer and New Mexico: From the Colfax County War to the Emergence of Modern Santa Fe, both from Texas A&M University Press.

Caffey was introduced to the history and outdoors of New Mexico as a Scout and later a
twelve ­year staff member at Philmont Scout Ranch, including four summers as Philmont’s Chief Ranger. He later served as Director of the University of New Mexico’s Harwood Library and Museum in Taos, and as an administrator at San Juan College in Farmington, and at Clovis Community College. He is currently chair of the New Mexico State Library Commission and a member of the board of the Historical Society of New Mexico. Caffey lives with his wife, Mary, in Clovis.

Caffey’s presentation at the Capitan Public Library will focus on the varied political and
business activities of men commonly associated with the Santa Fe Ring, including involvement
of alleged Ring members in the Lincoln County War.
Please join us at the library at 7:00 p.m. on Friday, March 6.  Refreshments will follow the event.

Posted by Sharon @ the library at 3:20 PM No comments:

Come find something nice for your sweetie 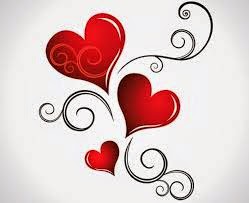 and support the library!